Well Wednesday was the Surgery date and the system was all new, but as soon as we got there, we just knew it was going to be a long long day! It was so busy. No more, did you have a private assigned bed or chair to wait in.

But now it’s a waiting room where you all sit, and you can get called into various rooms to see each nurse or doctor in turn, before being called down to theatre. Much faster approach, but less comfy and private sadly.

We were there for 9.30am and boy was the place packed! and straight away after having my weight,height and blood pressure done, the next Nurse we saw said that I may be cancelled!! Coming up to 1.30pm I got my Hospital Wristband so I knew then, no matter how late I would be seen that day. So that gave me some hope.

But by this time I was starving and thirsty. Normally you dont see or smell any food, as we used to be on a ward. But now it’s this huge waiting room, you have visitors munching and drinking away, which is dangerous as at times I felt like mugging them for their Coffee!!

At 2.30pm I was called down, we asked the staff about whether I would stay over night or not, even though the letter stated daycase ( I have yet to ever go home the same day) They assured my Husband they had booked me a Bed, so he was better off going home. So that was decided then, Rich would go home and I would see him and my Crutches the following day. It was all planned, also it was always pre-arranged that I would be on Clexzane for 4weeks and wear the compression stockings for 2weeks.

But I got to theatre at 2.40pm and an Anesthetist there said why has a bed been booked (like i’d booked it myself?) and stated I was a daycase which I agreed yes I am. And then she decided I no longer needed the 4wks of Clexzane?! Which admittedly freaked me out, why change your mind now? I’ve had a DVT before and I’m having Surgery the top 2 risk factors going on DVT Prevention.

But they are the bosses, But I can’t forget that I insisted on Injections the very first time in 2009 and was reassured I would not need them, to only go and get a DVT that was from ankle to thigh!! 7wks I was ignored by gps and physiotherapists saying it was tendinitis and inflammation when really it was a ticking time bomb that I’m lucky didn’t not kill me!!!!!
So waking up in recovery at 3.55pm fully coming round at 4.05pm it was being decided whether I was going to go home that day, or stay. They ummed and ahhhed for so long I thought I was staying if I’m honest.

I got my coffee and toast which was heavenly around 5pm, I requested my bag from the lockers so I could contact Hubby. But they got my bag and left it on the floor! How can I reach that? Thankfully a passing Nurse saw my plight and lifted the bag to the chair so I could reach over to it. By 5.30pm they had just about decided that I was going home, so I told Husband, who was not too happy about facing the heavy traffic once more. Especially as he’d been told to go home.

He needed to feed our youngest child her tea, as she had been left most of the day alone while I was being seen to at Hospital. And with accidents on the Motorway, our 40min Travelling changed into 1hr 30mins journey. So even if he set off at 5.30pm he would be late for the Recovery Room as they shut at 7pm. But they assured us that someone would stay with me until he could arrive.

Which they did thankfully, and by 7.20pm I was getting into the car to go home. Not really how I expected the day to go, But it went smooth enough, the worst thing was finding out about the Clexzane Injections at 6.30pm and not being able to have a say about it, or question why they have made that decision after it’s always been the way every surgery, and was agreed upon again when I signed the consent form in Oct 2014, and again that morning with the Registrar and Anesthetist of his team.

But now the decision is changed? and I only found out because I asked where they were, if I was going home I would need a Shot now and 4wks supply to take home. Plus the whole compression stockings thing, I only have 1 pair (so how do you wash them, if needed to wear all day every day?) no advice on how long to wear for? It’s normally 2- 4weeks but wasn’t confirmed.

And I wasn’t asked about mobile aids, they said fully weight bearing but I needed Crutches to get to the loo, and car. So although fully weight bearing I’m not that strong to go it alone yet. So I’m using them even though no one has said to or not. I know I must wait 48hrs until I can wear the opposite (operated leg) compression stocking.

The first night was alright considering, and I slept pretty well. It’s all about getting the right balance of Painkiller coverage, which will take a few days I’m sure to get right. As the Local Anesthetic wears off, and the swelling comes out more. So it’s all about Resting and Relaxing while I can.

Metal Work to Come Out Above

Metal Removal from Prior Hip, See how well I’ve healed and what a good job they did on the Ball Joint.

View from inside the Joint. Looks alittle Meaty but it’s interesting to see her Surgeons view, and it gives me a perspective of how hard their jobs must be. It’s pure magic what they do, to try and save your hips and mobility. So lets hope this is the last surgery for a long time, and I’m going to devote the following year to fully rehabbing and pushing the hip like I have the last year.

This surgery I was lighter than I’ve been before any of them, Also I had better cardio and fitness than I ever have done before surgery. So I’m hoping that because I’m starting from a better healthier me, that the results will be better and faster after this surgery too.

So I’m on the home stretch readying myself for the Surgery. I know from experience it’s fast and pretty quick in recovery terms if all goes well. So I think I have around 4-8 weeks on Crutches, at least 4 weeks having Blood Thinning Injections in the Tummy, and Compression Stockings for around 6 weeks. So mobility is going to be limited compared to the Leaps and Bounds I’ve finally made this Year. Recently I wore some Kitten Heels for a whole day when I saw Theo Paphitis at a Small Business Event. And Yes although I had my Walking Stick it wasn’t as in full use as usual. And the Hip itself nagged towards teatime after a long day and only taking 1x 50mg Tramadol and 4x 200mg Ibuprofen throughout the day. This is excellent for me and I was mightily impressed.

Checklist:
You may wish to bring in the following items to make your stay comfortable: 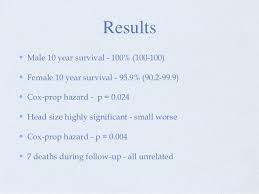 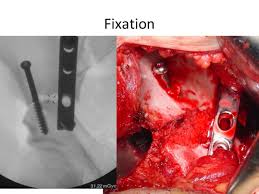 So for now I’m going to increase my Water Intake and Protein in my diet as it aids with healing and bones. The Hospital sums it up better and that is below. I am going to enjoy as many Bubble Baths as I can, as I wont be able to get inside the bath afterwards, I will use the Bathboard or Perch though so I can still wash independently. And shave my legs while I can, and Use a good Quality Cream on my Legs in the run up, as the Compression Stockings will make my Leg Skin feel like a Reptile, which is not pleasant to say the least. So there you have it, my Two weeks Countdown!! Of course real life have to be dealt with as well, so cooking and freezing some extra foods, clearing the floorspace in rooms and trying to get each room warm for when I can’t move much.

Nutrition
Good nutrition is important as it is critical
to the healing process. A well balanced diet
helps you to recover more quickly and
reduces the risk of complications.
You need to increase the amount of
protein you eat in the weeks before and
after your surgery. This will help your body
heal itself more quickly and effectively.
Protein is found in foods such as chicken,
fish, and eggs (try to avoid greasy, fried
foods). If you are a vegetarian make sure
you are meeting your protein needs.
Add dark green leafy vegetables into your
meals before and after surgery, such as
cabbage, spinach, broccoli, and asparagus.
These contain vitamins and minerals
which will speed up your healing rate and
aid in your recovery.

Preparing for your stay in hospital
Eat a healthy balanced diet
Pack hand wipes for use before and
after meals
Take a hot soapy bath or shower on
the night before surgery and the
morning of surgery including washing
your hair
Clip your nails
Remove any nail polish
Do not shave the area of surgery
Only bring in essential items with you
so your bed space remains clean
Limit your visitors to only two at any
time
Ask your visitors to use the hand gel as
they arrive, and not to sit on your bed
or your chair
There is a no flowers policy at the ROH
Always wear slippers or light shoes
Inform the nurse if your dressing is wet
or loose
Never share your toiletries
Never sit on other patients beds or
chairs
Planning for going home (discharge)
Planning to go home starts before you
even come into hospital.
Check that some basic arrangements are
in place to make your transfer from
hospital to home as easy as possible.
Talk to your family, carers and friends to
ensure that there is sufficient food in the
house, and that you have help available
until you are safely settled in. If you
think you might need extra help when
you go home (Social Services) please
make sure that you discuss this with the
nurse when you are admitted or at your
pre-operation assessment. Before
coming in to hospital, arrange your
home so that you do not have to climb,
bend or reach for items in the first few
days.