Its been a struggle, the last few weeks my hands have FLARED up so so bad. Each night it’s at its worst, feeling like they are being crushed in a vice, but they are simply resting. 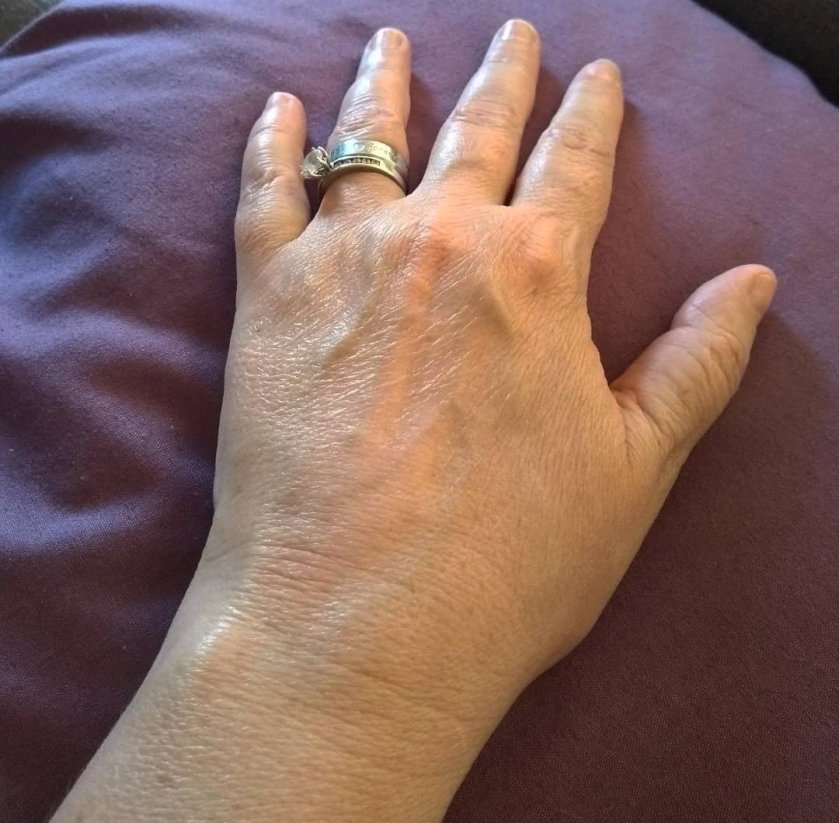 My worst hand is this left one, the one I daren’t ever have injections I again after that disaster last time. Random swellings and crushing sensations in this one every day and night. 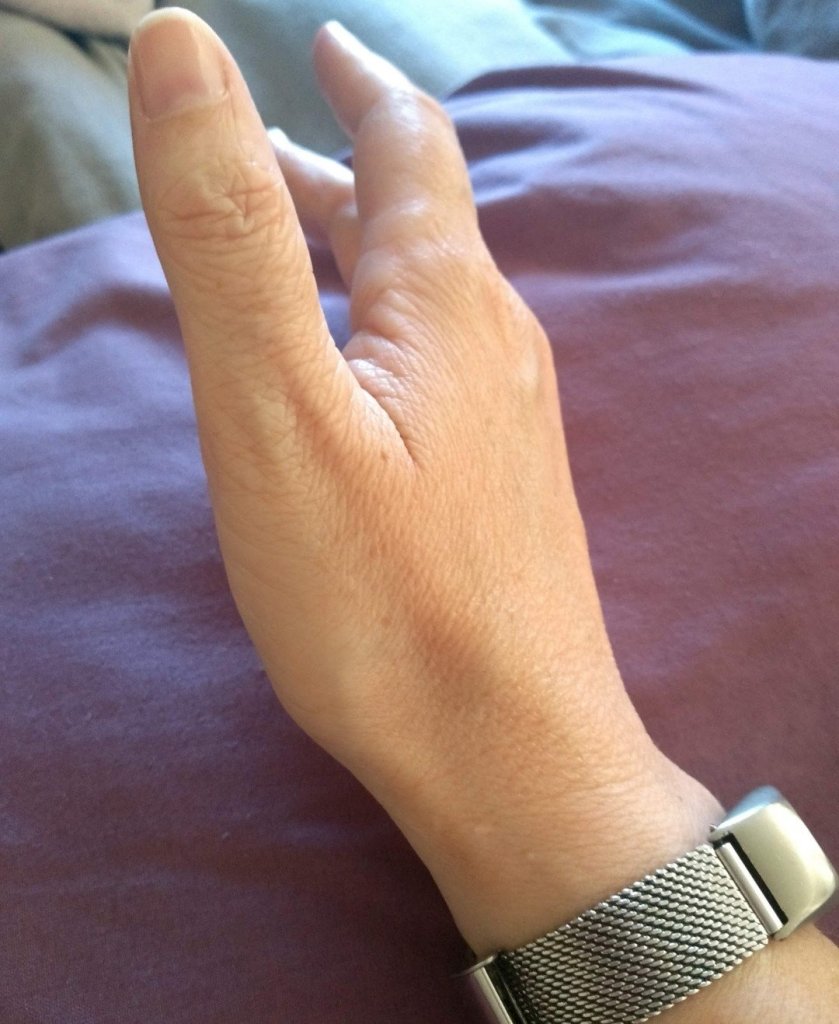 Right one better but not 100 percent. Has now weirdly developed a dip or dent where the joint is. It’s new to me, though I know others have it. Not sure why it’s appeared at all.

Feel like I need to discuss medication with the GP but also terrified to go. Not even sure there is anything they can do, I know I need surgery, but until I walk unaided it’s not even an option 😭😭😭 Has anyone else had an increase in pain?

Decided to source the 8 paracetamol a day, and take my etoricoxib as planned too, with an additional cbd oil. Could be pure placebo,or snake oil. But I’m willing to give it a chance, anything to settle these hands down. Started on Friday, so let’s see how this works out. 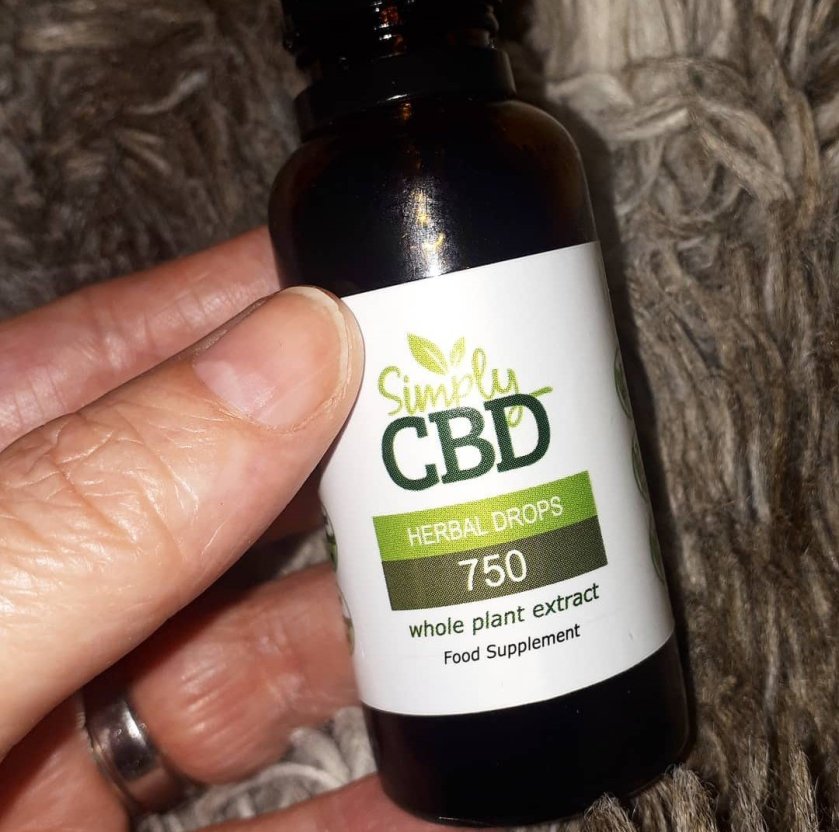 For the last 2.5 weeks I finally have had some relief from that most painful steroid injection I had back on 7th October.

Think it was more painful this time as the space between the joint is so small now due to the arthritis. 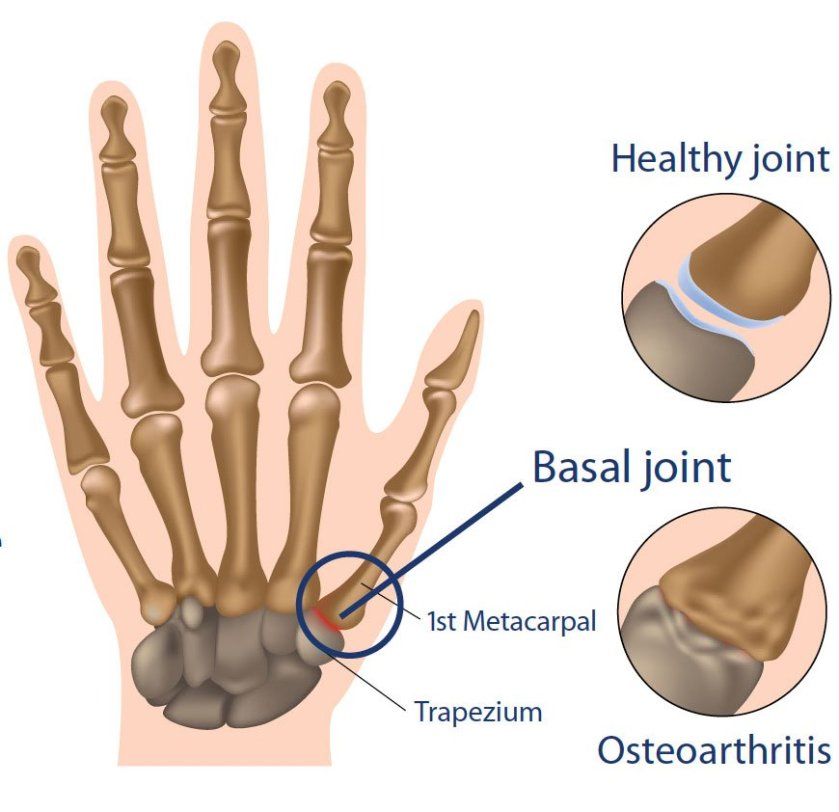 Took a long long time to kick in, almost 4 weeks, and it’s either wearing off already, or the huge dip in weather temperature is to blame. As it’s nagging, not hugely, but I am aware of it most of the day.

I was hoping for the 9months relief I had gotten the first time. Alas not meant to be, though it’s nagging, at least it’s not that white HOT bone pain that I had previously.

The right thumb is flaring up, but I’m still too scared to go and get it done. Though I’m starting to get tempted. I’m trying to leave it as long as possible though.

Back to almost bathing in ibuprofen gel, and wearing splints. Curse you #Arthritis #EhlersDanlosSyndrome

I’ve had a discussion with my MiCats Doctor, and we have to officially give the steroid at least 4 weeks to work, before I can say it hasn’t worked.

But in my mind I was already convinced, at 2 weeks it hadn’t worked, as I’d been using ibuprofen gel, and I was back on the splints too. 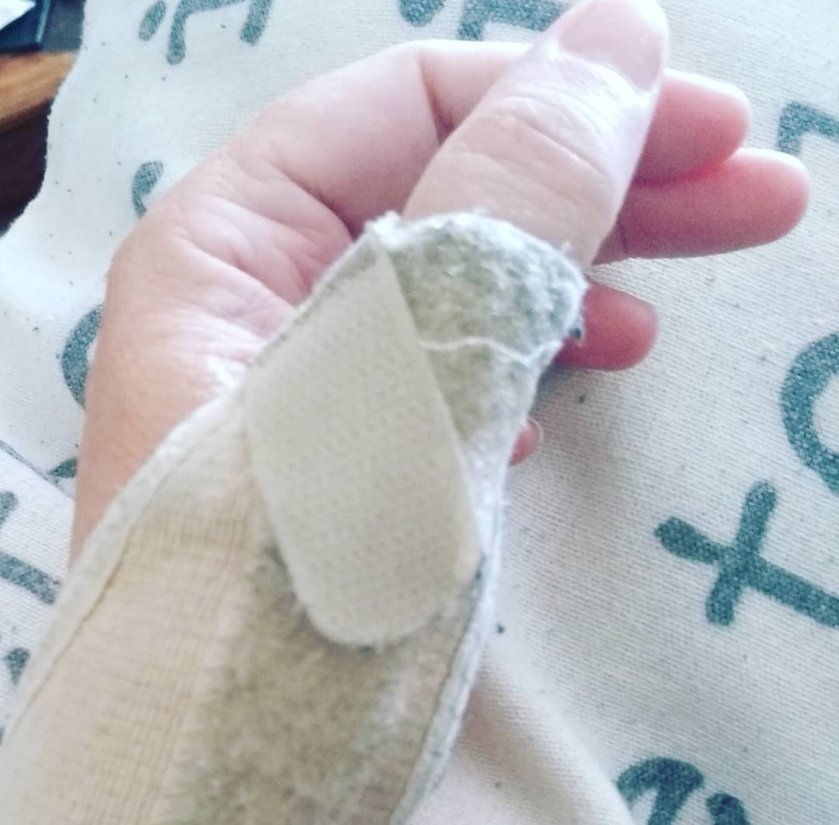 Now I’m at 3 Weeks the nagging pain seems to have settled. Though holding my walking stick, or picking up cups still ache the hand, but a least it’s not that fiery hot pain.

If it doesn’t work:

I have only one pain relieving option left open to me and that’s surgery. Though with a hip replacement looming, the Doctor feels that has to come first. So delaying as much as possible is my only option. 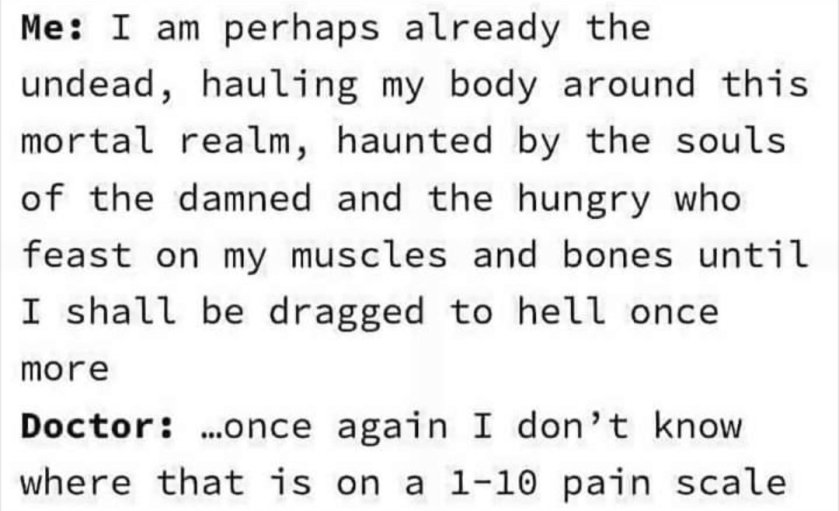 Also what if surgery makes me worse? I lose strength? It’s not like my hip surgeries have been immensely successful over the last decade. It’s only now I’m seeing some success, with more to come. So really it’s not a viable option.

But on the flip side it’s only going to get worse, harder to use, and lose strength anyway, and the need to wear splints. It’s a no win situation. 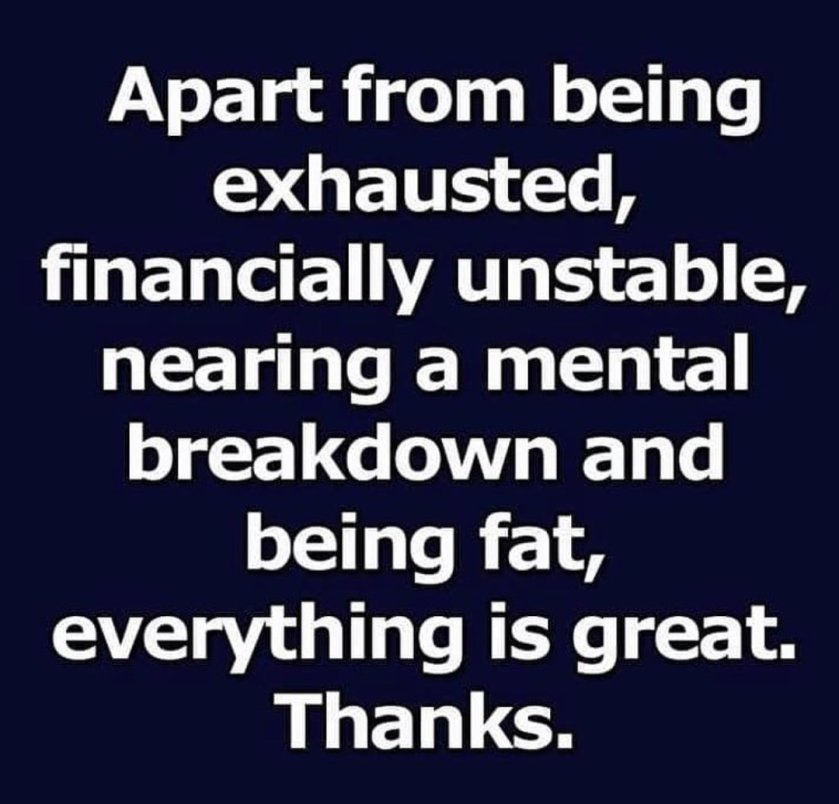 Family wise I don’t think they can cope with more surgery either, and is it really fair to put them through more, when I know the other hip replacement is around the corner anyway??

And you know what’s worse? I know I have to do the other hand, it’s already getting worse, since I got this hand done. Can I really face that awful pain, and almost passing out again? Not sure I can yet!

So today is the day, I get my steroid injection in my left (worse hand) with a view to getting the right hand done within 3 months. Opted for this instead of both together, as right hand is slightly better, so I’m waiting for it to get worse.

So what are steroid injections and where do you get them?

Steroid injections can be used to treat some problems in the arm and hand. These can include trigger fingers, tendonitis, carpal tunnel syndrome, arthritis, tennis elbow and rotator cuff tendonitis. These injections usually contain cortisone and a numbing medicine.

Mine is the CMC joint as seen below. 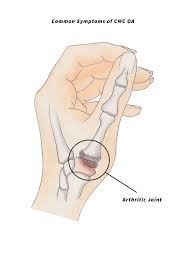 Cortisone is the steroid normally produced by your body, and it is a powerful anti-inflammatory. Corticosteroids tend to shrink, thin and slow things down. These steroids are different from anabolic steroids, which have been abused by athletes to build muscle and enhance performance.

I get mine in my CMC joint, which is the base of the thumb. And usually done under ultrasound for precision at MiCats. However some GP surgeries also carry them out without the ultrasound.

The injection should take effect within a few days, and the benefits can last for many weeks or months; however, results are not the same for everyone or every problem. For some conditions, one injection solves the problem. For others, several injections may be required. There is no set rule as to how many injections a person can get. Your doctor might limit the number of injections because repeated cortisone can damage tendons and/or cartilage.

The most common side effect of steroid injections is known as a “flare.” This pain is felt for one or two days after the injection. It can be treated with ice and by resting the area injected.

One of the rare but more serious problems is an infection, especially if the injection was given into a joint. If you notice redness, extreme pain or heat at the injection site, or if you have a fever greater than 101° after an injection, you should call your doctor. 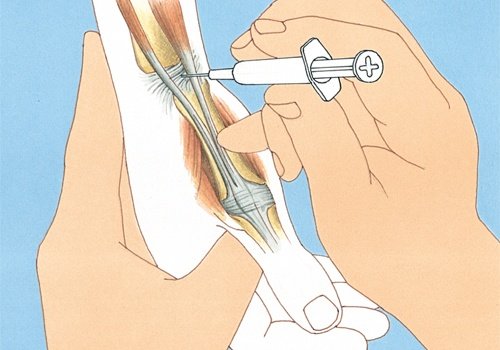 Hoping to get similar results as last year, I know it will increase pain for up to a week, so I’m well prepared. So fingers crossed it all goes well. 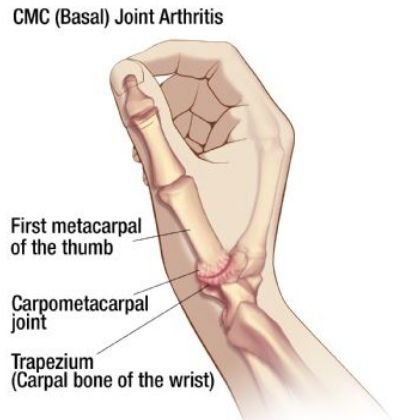 OMG that was actually horrendous, way way way more painful to previous ones, the sharpness of the needle I expected. But the joint space was really tight, and small. Having the steroid (kenalog) put in, I went hot, faint and sick all at once. I even nearly cried. So unlike me.

And the pressure was worse than just the crushing. It felt like it was going to explode!! Wow that was awful. I had to lie down for a minute or two. Thankfully it passes pretty quickly though.

Home resting with splint on, and little pillow to help rest it. 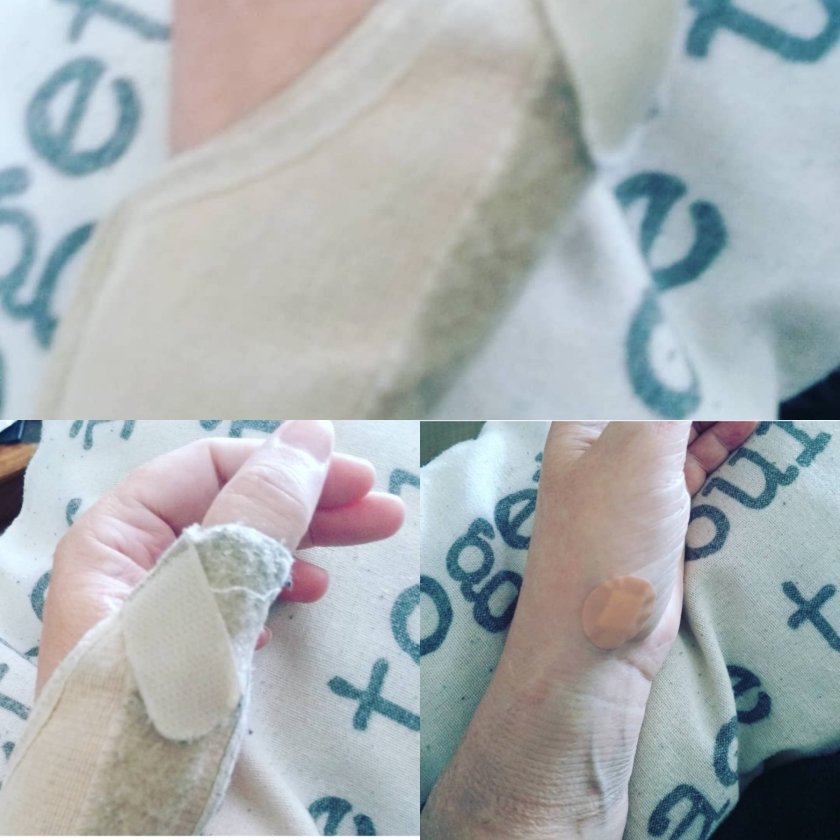 What do they say? Don’t RUN before you can WALK. Yeah I should listen to that advice!!

After my set back last week, and boy was it a set back!! I’d really pulled my hip, and the thigh swelled up, and felt like a golf ball when I sat down again!! So eager to never cause that again. It’s all change for my physio.

I thought on Monday I would do well, simply doing week 2 version of exercise. (Not my best idea honestly)

I added in some free weights for the upper body.

These were admittedly too much. I had to wear my splints as well. Hindsight I would say I wasn’t ready Arthritis wise to do these. Broke them down into 2 x 10 reps. My hands have caused a few tears and sobbing events this weekend. 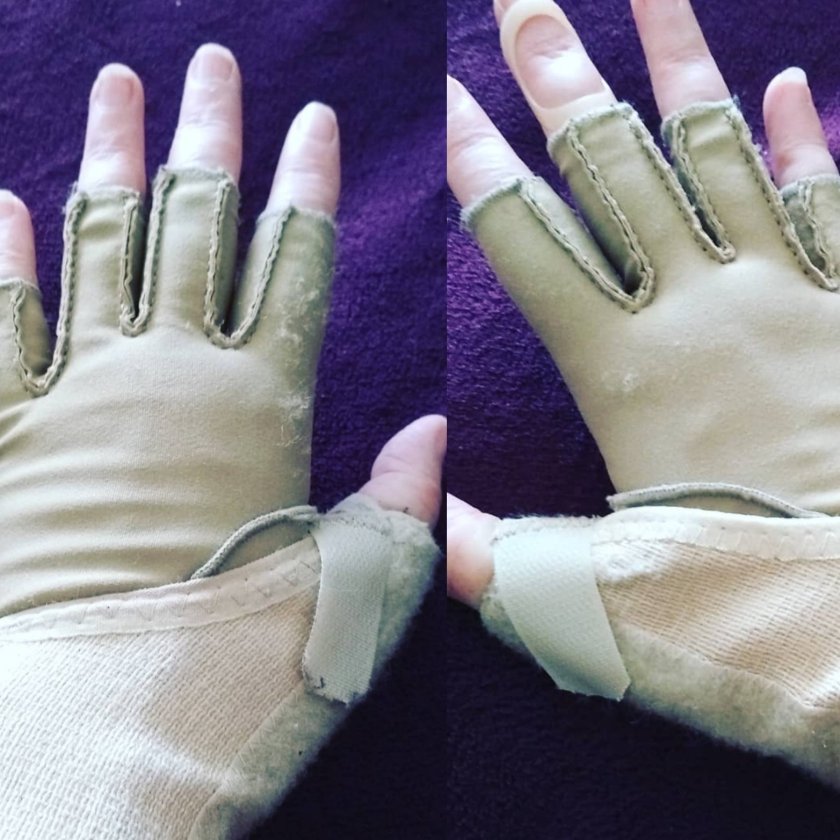 And all was ok, until I needed to go out. And the front of the hip around the hip flexor is now in pain!! An I’m experiencing pain in the right hand side of my stomach, quite low too. So maybe it’s hip related, ie scar tissue, or I’ve pulled something?! Maybe the psoas?? 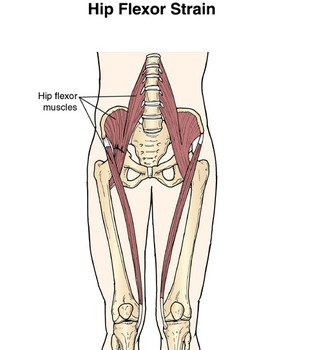 So obviously Tuesday I’ve had to rest so much more, really limiting myself to straining it any further.

So here we are and it’s Wednesday and officially 31 weeks, and I’m nursing sore hip and groin pain. Frustrating but shows how it’s 1 step forward and 2 or 3 steps backwards.

No weight loss this week, but I have gone down in measurements so that’s proper encouraging to me. I take my measurements once a month, as I know this process is super slow compared to able bodied folks. 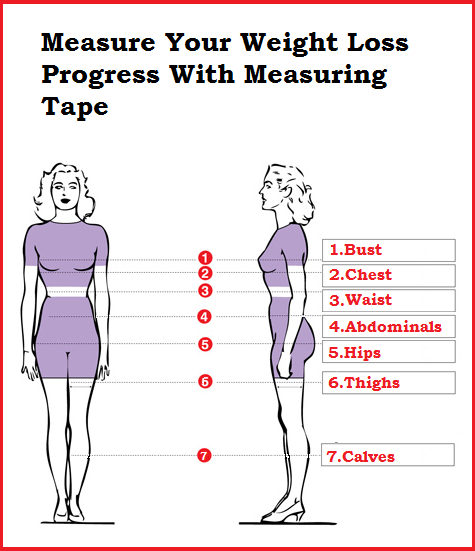