#AD GIFTED but all opinions are my own.

Excited to be reading a #StewartGiles series once again, they have become a new guilty pleasure of mine. The pace is good, and not too complex for me, though I usually work out who, what and why I love watching it all unravel. And I’m thrilled it’s the two dynamic duo back together again as well.

From #1 best-selling author: Stewart Giles comes book 2 in the very popular DS Jason Smith and DC Harriet Taylor series.
Brandon Stone is doing his first Accelerated Free Fall Skydive. He has done the training and his instructors are with him so nothing can go wrong…. Can it? A double malfunction and Brandon is staring death in the face. A very rare accident. Or is it?
Jason is returning to work after 3 months recovering from injuries at the hands of Boronov. Light duties? Not if Jason can help it.
DC Harriet Taylor is taking a well deserved holiday with Jon Finch that includes tandem skydiving. Out of all the planes in the country they were on the same one as Brandon.
With a detective as a witness this should be an easy case to solve. Wrong! Jason and the team need all the help they can get to unravel the lies and find the clues before more bodies turn up.
This is a gripping story with twists, turns and intrigue all the way through. A fast moving page-turner you will not be able to put down.
THE DETECTIVES
DC Harriet Taylor had only been married for 2 years when her philandering husband was killed in a car crash. It is common knowledge around the station that the woman who died next to him was his latest lover. Harriet transferred to Trotterdown to escape the gossip and sympathetic looks. She is now finding her way around Cornwall and getting to know the other members of the team.
DS Jason Smith is an Australian who was sent to York to live with his Grandmother when his sister disappeared from a beach. He has suffered many losses in his life and is now a dedicated detective. He is a bit of a loose cannon – he has his own way of doing things and that doesn’t always mean following orders and procedures. 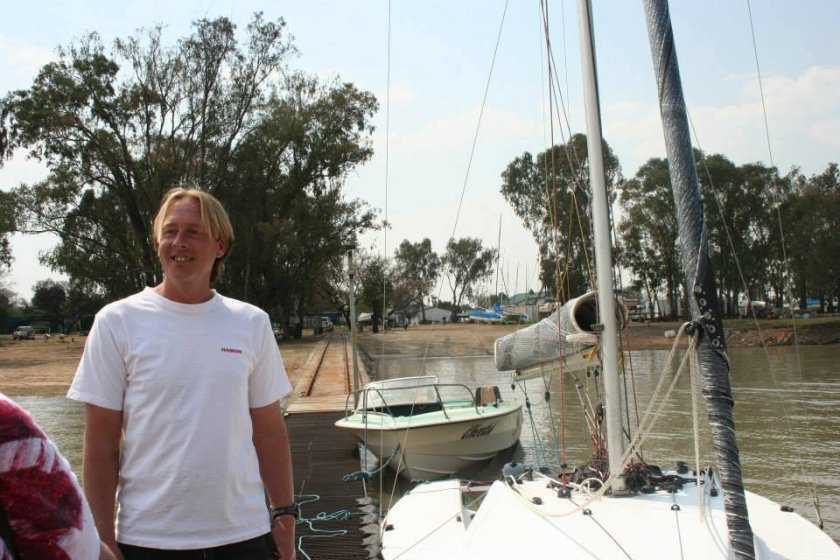 After reading English & Drama at three different English Universities and graduating from none of them, I set off travelling and finally ended up in South Africa, where I still live. I enjoy the serene life running a boat shop on the banks of the Vaal Dam. I came up with the DS Jason Smith idea after my wife dropped a rather large speaker on my head. Whether it was intentional still remains a mystery. Smith, the first in the series was finished in September 2013 and was closely followed by Boomerang and Ladybird. Occam’s Razor, Harlequin and Phobia (a series of short stories detailing Smith’s early life) were all completed in one hazy 365 days and Selene was done and dusted a few months later. Horsemen, the seventh in the DS Smith thriller series is out now. The Beekeeper, a departure from the DS Smith series will be released through Joffe Books on 22 May.

As it is book 2, in this case I would recommend book 1 first, so you have a better feel and understanding of the relationship and how they start where they do. However the storyline is a stand alone one, so it’s not important to read from the beginning.

Once again it’s full of red herrings, keeping you guessing, and pondering on how did 2 chutes fail. Who is the murderer? It’s a good gripping pace, and highly enjoyed. The relationship is developing well, and the characters I’m quite bonded with now. The feel familiar almost family, so it’s warming to read.

Though they have different policing styles they meld well together, such a complimentary task force, getting the job done. Looking forward to more of them together.